Aimee and Ben wedding at Fountains Abbey and Ripon Racecourse

Aimee and Ben had their wedding on the hottest, most summery day at Fountains Abbey, followed by the reception at Ripon Racecourse. It was a special day to photograph in many ways: I used to work with Aimee about five years ago in PR and had several conversations with her then about the chances of Ben ever asking her to marry him; the venue was fitting as Ben is a journalist who writes about horse racing, and it was a very emotional day, with lots of tears of joy (the groom in particular was a big softie!). The ceremony, the reception and the party afterwards had a really wonderful atmosphere. Thanks to Neil Matthews for being an excellent second shooter. I drove home through the Yorkshire countryside afterwards feeling like I’ve got the best job in the world. Great venues, fantastic people. Here are some of my favourite shots from the day. There are rather a lot – I did say it was special! 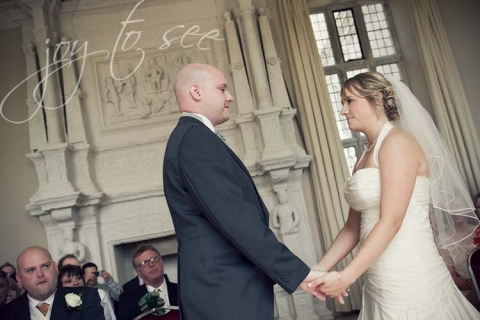 12 comments
« Lively children portrait photography!
Portrait shoot in Roundhay Park »
Stunning imagery for the people and places
of the New Forest and beyond